We have years of experience caring for families, from all walks of life. Each family comes to us because they know we are leaders in our profession, dedicated to excellence in service, and have the highest integrity.

When we sit down with a family, we have just one goal: to create a fitting, memorable and affordable service for their loved one. Together, we explore the wide variety of services and products available, as well as a wealth of creative ideas and suggestions.

Together, we'll design a memorial or funeral service that suits their needs now, and in the future. Families who come to us know that years from now, they will have deep peace-of-mind because in coming to us, they've done their best to honor their loved one.

The Page Funeral Home was founded by lifetime Burlington resident Wayne H. Page on June 25, 1949. Mr. Page was born in Burlington and graduated from the Wilbur Watts High School class of 1939. He worked for the former Slack Funeral Home on Broad Street in Burlington from 1940 to 1942, when he then entered the US Army Air Force to proudly serve our country during World War II. In 1945 he was honorably discharged and entered Eckels College of Mortuary Science in Philadelphia. In 1949 he married his love Jean Luckenbill and they purchased the property at 302 East Union, across from St. Paul’s RC Church where the funeral home stands today. The building that houses the funeral home was built in 1859, and during World War II was a fall-out shelter for area residents. In addition to the property that houses the funeral home they also purchased the Carriage House, also built in 1859 and located on Barclay Street, just behind the funeral home. The original weather vane from the Carriage House is mounted and located in the office of the funeral home.

In 1976 Gary Collins and his wife Janie and their family came to Burlington and Gary started working for the Page Funeral Home. Gary’s family immediately made Burlington home and started working actively in the community. In June 1986 Gary purchased the funeral home from Wayne and became the owner-manager.

For over 62 years the Page Funeral Home has been committed to serving Burlington County. We understand that as a local business in the area, we must be adaptable to the ever-changing population and trends. We continue to stay active in the community and present a positive, professional, and courteous staff to help when your family and friends need our support the most. 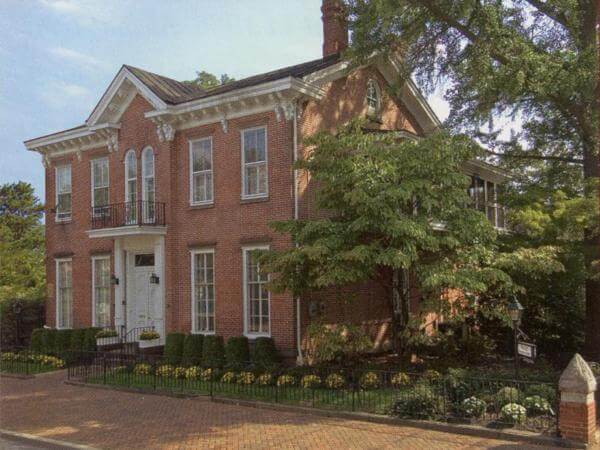